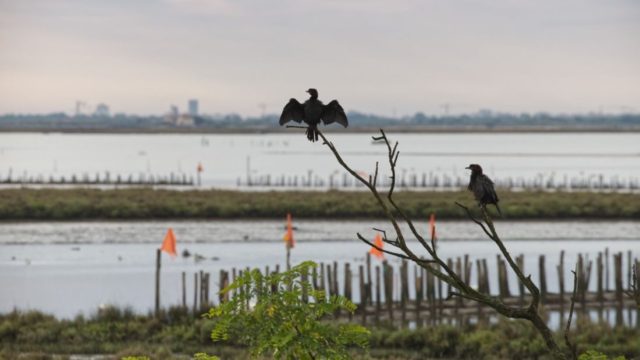 The new initiative for the protection of the lagoon territory

By mariveadmin December 22, 2020 No Comments

During the Lockdown, the natural history museum of Venice Giancarlo Ligabue launched the “Balcony Ornithologists” initiative which was born as part of the larger “City Birds” project that will lead to the creation of the new Ornithological Atlas in 2022.

The municipal area is in fact full of nesting and wintering birds, the museum, using the citizens has managed to collect information on 76 species including some that seem increasingly rare.

The main objective is to expand and update the current Ornithological Atlas, the project is expanding and involving not only the territory of the municipality of Venice, but also the entire province. This is an initiative that aims to get to know the environment in which we live in order to understand its fragility and be able to contribute to its protection. Marive is also committed to safeguarding the ecosystem with initiatives aimed at reducing the environmental impact.