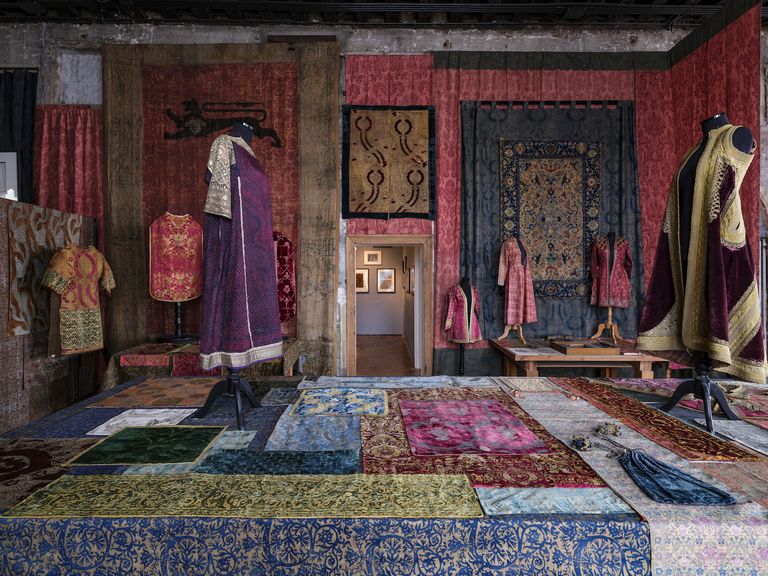 The wonders of Palazzo Fortuny

By mariveadmin November 11, 2022 No Comments

In the San Marco district, a few steps from the Rialto Bridge, we find one of the architectural wonders of the Venetian Gothic style of the city. We are talking about Palazzo Fortuny, the Gothic building that belonged to the homonymous Mariano Fortuny which since 1975 has been one of the references in Venice for the visual arts.

The palace, founded in the second half of the 1400s on the initiative of Benedetto Pesaro, was modified and enlarged during the course of its history. It was in 1898 that the Catalan Mariano Fortuny Madrazo, attracted by the marvelous architecture, took over it to create his own private studio in the attic and to enhance it by giving harmony to the interior spaces. Following this restructuring process, the building becomes an atelier aimed at the manufacture of silk and velvet dresses to subsequently evolve into a cultural center entirely dedicated to visual arts such as painting, sculpture, photography and much more.

After Fortuny’s death in 1949, his wife donated the building to the Municipality of Venice so that it can remain a center of culture over time. The palace thus becomes a museum open to the public where you can admire interesting works of contemporary art, marvelous Venetian masterpieces that tell the history, customs and traditions of the lagoon city with a prestigious past.

Following the reopening to the public of the first floor of the Fortuny Museum in March 2022, this October 26th the second floor was also officially reopened where, thanks to the curator Maestro Pier Luigi Pizzi, we find the ateliers of Mariano Fortuny: the behind the scenes of his creations.

More information on timetables and visits to the Fortuny Museum can be found on the official website of the Fondazione Musei Civici di Venezia.