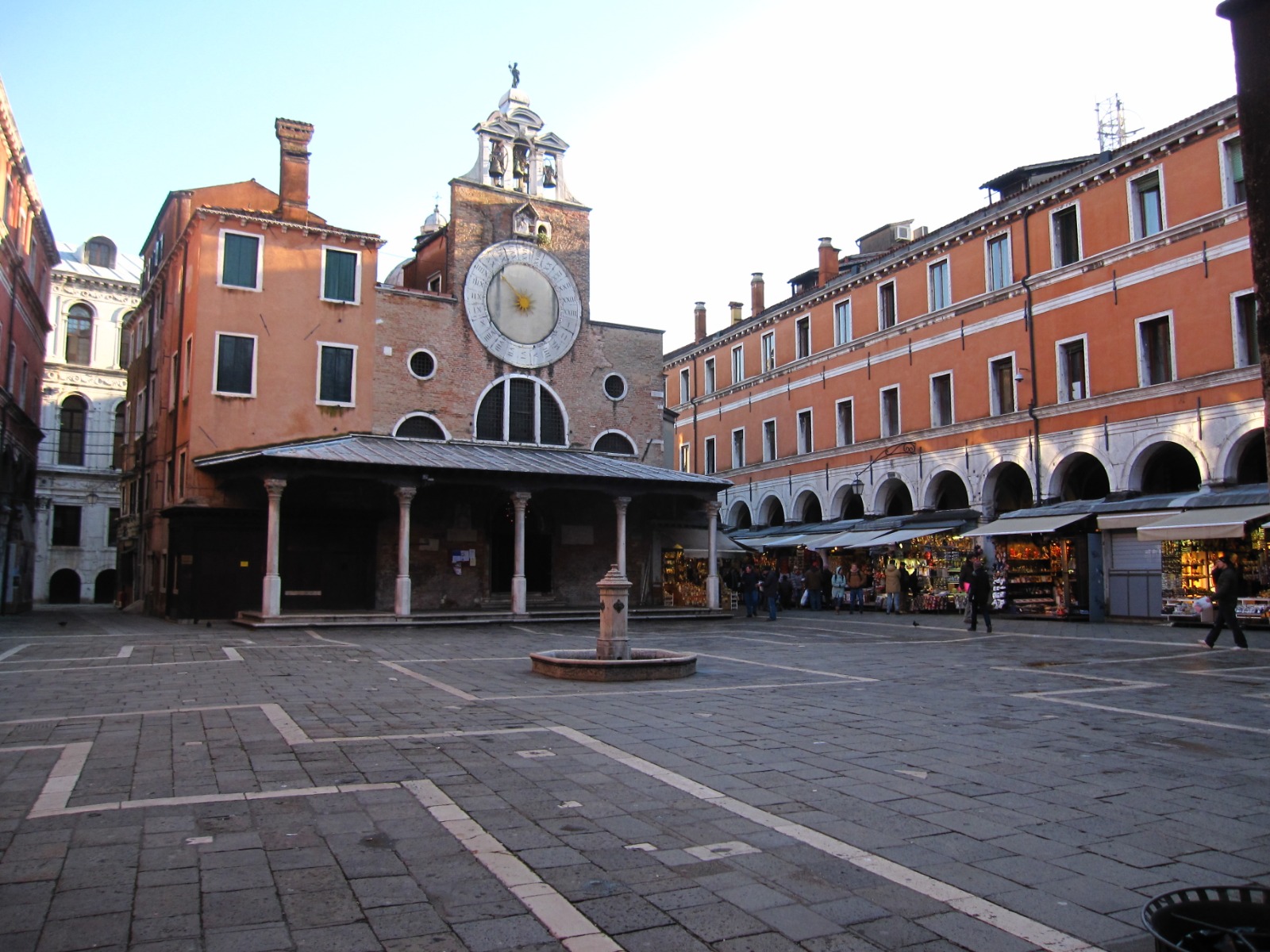 The church, considered one of the oldest in Venice, was consecrated on 25 March 421. According to tradition, it was built following the vote of a carpenter, a certain Candioto, who is thought to have turned to the titular saint to try to appease a severe fire.

The ancient building overlooks the campo which is found right in the center of the Rialto Market, once the economic and commercial heart of the city where the finest goods were exchanged, and countless deals were concluded.

Evidence of this is a Latin inscription found outside the apse and which invites traders to be honest: “Hoc circa templum sit jus mercantibus aequum pondera nec vergant nec sit conventio prava” (The law is fair around this church merchants, fair burdens and loyal contracts).